The Conservative Party has chosen its new candidate for St Helens North for next month’s General Election.

Joel Charles has over a decade of experience working in Parliament, local government and the charitable sector.

Conservatives believe that Labour’s stance on a second Brexit referendum and their failure to address key local issues will be the deciding factors in this election.

“I am delighted to be the Conservative Parliamentary Candidate for St Helens North. My campaign will set out why fresh political leadership is needed in the town to address the issues that matter most to residents.”

“It’s no surprise that Brexit is the key national issue on the doorstep. St Helens voted to leave the European Union. Only a Conservative government, led by Boris Johnson, will get Brexit done.”

“There are, of course, several local issues on voters’ minds as we head towards polling day. We must protect the green belt from over-development, tackle knife crime and secure much-needed investment for regeneration projects in the town. The local Labour Party are complacent, it’s time for change in St Helens North.”

“Joel is a hard-working and committed Conservative. He will make a great Member of Parliament for St Helens North and has my full support. The Labour Party have taken St Helens for granted. Joel will stand up for our town and be a strong voice in Parliament.” 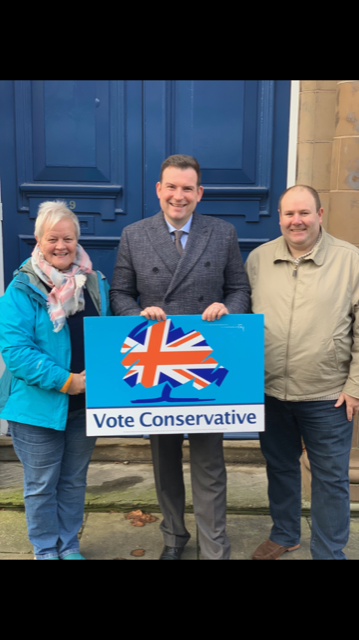 The Commonwealth, G7 and NATO Summits